Home » The need to work more at the grassroots – the Civil Connections way :-)

The need to work more at the grassroots – the Civil Connections way :-) 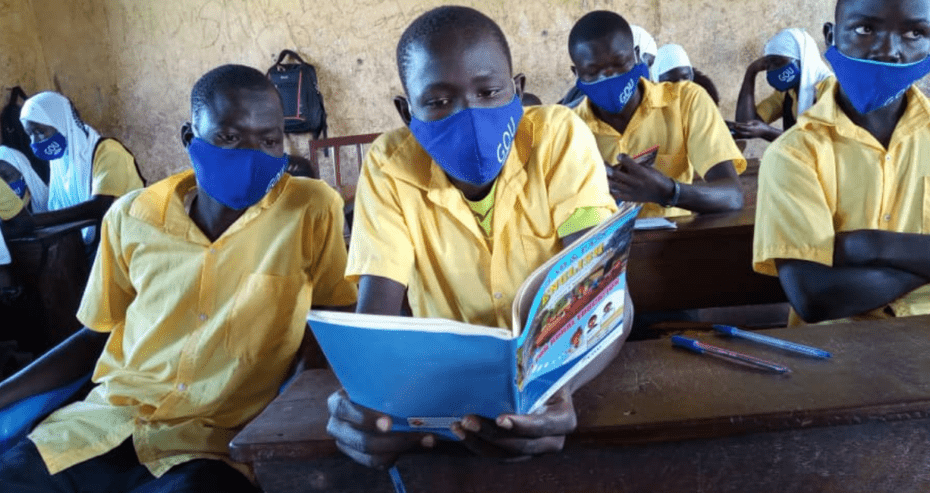 At Civil Connections, our work is grounded in several principles that point to the increasing relevance of working closely with local grassroots. These have over time proven to be key drivers and influencers of how: communities build and sustain their agency and how this contributes to development. These are shared below.

1. Local communities need to be in the driving seat

Our first principle is in agreement with and motivated by the long research and work of the center for developmental practice (CDRA, 2017) on how communities change in a changing world[1], that for social change to take place and therefore for us to trigger relevant sustainable community development, we need to involve and build together the thinking of all those involved in the process of developing the communities in focus. These come in different forms – as individuals, as small groups, as community groups, organizations, social movements, and donors. We see the relevance of all these actors unifying their knowledge, experiences, assumptions, ideas, and strategies, for purposes of understanding each other, and co-defining strategies on how they can contribute to developing communities of their interest. The reverse or absence of this too commonly ends in deeply dysfunctional and unmatching development interventions. A good process of facilitating all stakeholders to think together and co-create together helps us to fully understand what is really happening in the local communities in question, and how we can best support them on their way up.

Indeed, CCCF – acting at the lowest local levels and mobilizing, equipping these with capacity, and facilitating equal partnerships with other actors that interact with, we believe we can sustainably contribute to an informed, mutually dependent community development engagement and positive results from this.

Our other principle is informed by the long work, development dynamics, and growth journeys of several small community-based organizations and movements that our founding directors have been part of and or supported, and that have culminated into formidable local community empowerment agents and spaces that have withstood the test of time and changes. One such little community-based idea is the one of “Own Efforts” otherwise termed “The Own Efforts Concept” developed by a rural community organization in Eastern Uganda in Mayuge district, that has for many years been tested to only grow in strength in mobilizing associated communities, long after the founding organization stopped active engagement.

The idea of own efforts started by a local NGO called Rural-Urban Initiative to Support Own Efforts started off with no resources apart from for community volunteers (students and community enthusiasts), that went around rural communities in Mayuge district in eastern Uganda and mobilized people, and empowered them to realize that “every human being no matter the resource endowment or journey in life, embodies a set of natural talent or skills, or abilities that are needed in their local community. And that once put in amalgamation with all other community members it contributes to the common good and development of the community. As the story goes, across the 10 years of active community engagement through the “Own Efforts Concept”, six (6) Community Based Associations, eight (8) youth community groups, fourteen (14) schools soccer teams, and seven (7) school clubs remain active and doing a great work mobilizing and empowering members and peers, 9 years on.

This concept also befits from the arguments of some of the most impactful social theorists including the lifelong writings and work of for example Paulo Freire (2005), who reinforces in his – Letters to people that work for empowerment (letters to those who dare teach), that “there is no such a thing as a development from outside without development and seeing of the need for such from the inside”. A supporting question here then is; if we work to develop communities, what is the position of such communities in this development agenda? And how far are they in charge of this process, or at least informative of such a process? So, our motivation is to put local communities at the center of the discourse and continuous reflective process of charting ways to better their conditions, but this must be based on “The Own Efforts too”, as a major ingredient towards putting them in the driving seat of their own development and ownership of these processes.

3. If over 70% of the world population is rural, the rural is where the most solutions and support should be targeted

Rurality provides a fertile breeding ground for huge resource disparities, leaving rural places far behind urban spaces on the development/growth journey (The Spindle, 2018). This is a true picture of what the international development terrain also looks like (UN, 2018). Indeed, due to limited access, limited infrastructure, and fewer volunteers or practitioners willing to dig deep into rural communities, especially very poor ones, rural areas remain hugely cut away from new approaches in development support, including new innovations in for example; resource mobilization, technology, health measures, etc.

In their paper ‘The role of NGOs’, Gomes and Manna (2012) mention several aspects that facilitate the smooth functioning of NGOs, which when compared between rural and urban places, the scholars confirm that ‘local-based NGOs are not functioning properly due to deficiency of several resources including – the availability of human resources, funds, infrastructural support, expertise in different areas, leadership skills, etc.,  which result into stumbling blocks in their performance in the area of rural development, while regional, and international based NGOs are well off in terms of their resources’.

4. The idea of “leaving no one behind” means being aware of who is left behind and who leaves them behind!

The term “leaving no one behind” has come to major prominence in the past few years, thanks to the popularising of the UN Global Agenda 2030. For us, however, “leaving no one behind” is all-around cultivated in our approach regarding developing communities and their amalgam of similarities and differences. It is difficult to talk of societies without inequalities of resources, gender disparities, differences in access to power, etc. And indeed, these are the factors that make it possible for some segments of communities to improve their livelihoods while others deteriorate, which is a historical shame. For example, the fact that “poor people are (often) excluded from development and are often invisible, also for decision-makers and managers of projects and programs” (The Spindle, 2018), in a policy framework of where we aim towards ending poverty by 2030, exemplifies the limitations of blanket strategies that fail to build on local awareness and knowledge on where the most vulnerable live, and how best they can be engaged in charting their improvement path.

In our approach, awareness of these differences must be at the center of community engagements, and therefore a central aspect for the communities we work with to find solutions to. It is no wonder that we chose a rural or an underserved inclination in defining where we work because we know this is where the most differences (gaps) that need to be closed are.

5. We need a genuine critical mass

Another principle is informed by the social dynamics “Theory of Critical Mass”[2], that for us to trigger a change in a social context like we have in the incidence of local community development work, there needs to be a sufficient number of adopters of innovation or practice or call it an idea so that the rate of adoption or practice becomes self-sustaining and creates further growth by itself. But for critical mass to be relevant in sustaining its further growth in the perspective of community development, we need to support these communities, their agency and agents, in believing and persisting with the understanding that community development is a good thing, that there are other people that want to support this. So, our assumption is that if we are good enough at finding and supporting social actors – especially in places where they are not commonly seen and supported, we will, in the long run, be able to create the belief in more active agency towards facilitating local community development and sustained local support to such.

Leave us a comment or write to us for more on this.