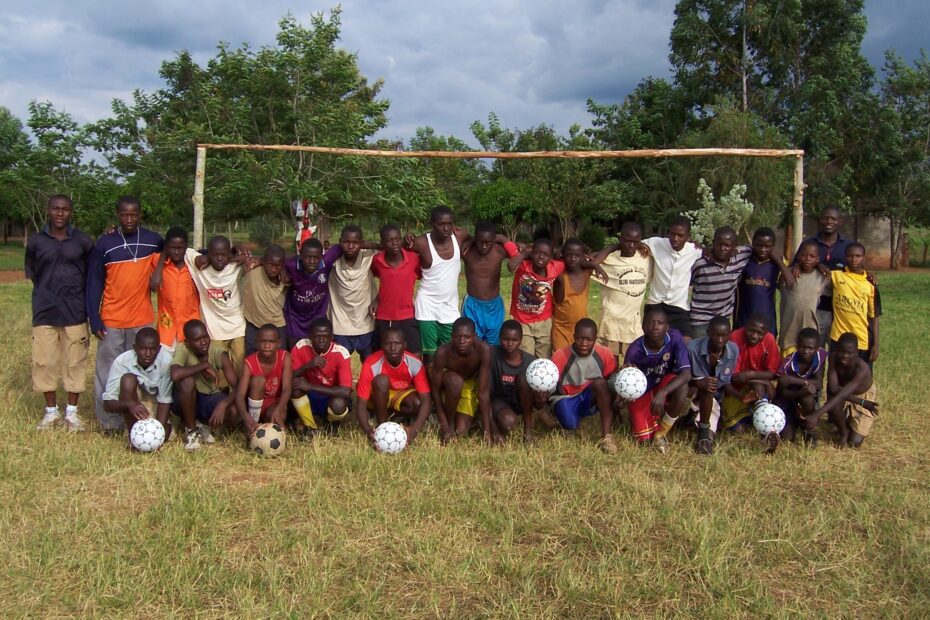 The RISE Mayuge Sports League is as of January 2023 a football (soccer) and Netball sports tournament running twice every year with each round lasting 6 months. The tournament involves eighteen sports teams including – twelve (12) football and six (6) netball clubs spread across the rural central section of the Mayuge district located in Eastern Uganda, which lies about 130 kilometers from Kampala. Each of these clubs is comprised of a minimum of 30 players/members, which gives the league a total player population of around 540 youths between 12 and 30 years, and at least 54 managers and trainers. Community-wise, the league has a spectating rate (people that follow closely, watch, and cheer the teams up) of at least 2800 closely connected community members per month. And, in one way or other has impacted its close to 250,000 community population in areas surrounding central Mayuge.

Now running into its fourth round (Jan 2023), the league has the following major objectives: 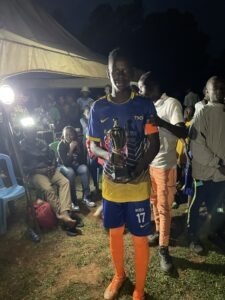 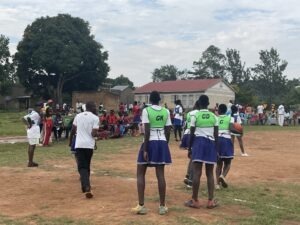 In August 2020, right at the peak of the Covid-19 pandemic closures and lockdowns in Uganda, Samuel Magumba a former volunteer at RISE Uganda where he worked with Andrew Julius Bende, reached out to the latter proposing the rejuvenation of what was earlier called the RISE Soccer League. By May 2020, Sam could reveal that with all young people out of school and present on the streets in the rural town council, the level of redundancy and no meaningful engaging activity for this population was a recipe for some real social challenges.

Already, there were clear indications of rising substance abuse, and social crime as young people devised ways to feed themselves and live through the lockdown and unconstructive gang/group activities. Girls were most at risk. The number of teenage marriages was on the rise, credited mainly to the rise in teenage pregnancies and consequently forced marriages of pregnant teens. The school closure also meant that education aspirations and or skills development was on hold, youth mobilization, mentoring and guidance systems were down, and the isolation caused by quarantines and social distancing was only adding more stress to already distraught communities – especially the youth.

The league thus re-started as a counter to a downward spiral on the social front, and hopefully, a mitigation to some of the challenges communities, and especially youths were facing.

It is a little over two years now that the current phase of this sports social mobilization has run, and the results and enthusiasm created in the communities are unimaginable. Below are some of the achievements listed during our most recent reflections on 11th January 2023. 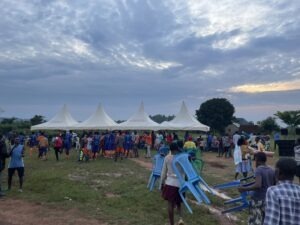 The League is a community affair. Here at the finals in December 2022 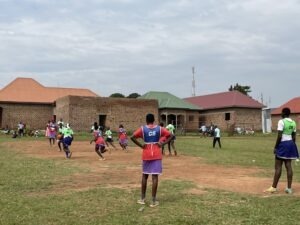 Girls’ sports are on the rise. The future also bids on a girls’ soccer league.

Consolidating these achievements and plans to strengthen the league further:

As we enter into the 4th round (4th year) of the league, the test period is over. Now we want to develop the league to a level that deepens these achievements in the lives of the players and teams involved, as well as multiply them to a larger community level.

The following are the plans that were discussed and passed at our annual coordination and managers reflection and planning meeting held on the 11th of January 2023 in Mayuge, Uganda.

The coordinating partner (THAI) has been renting an office for their operations. As of the start of 2023, THAI has been offered free office space in the Civil Connections-supported Mayuge Community House (Andrew’s house in Mayuge is being turned into a community house). This will lessen the economic burden of THAI and increase their possibility to effectively run the league.

The house will also operate as a meeting/convening space for the sports clubs, where the plan is for this to turn into a youth-friendly center – with youth support and building amenities.

Over the year 2022, Civil Connections has been saving up funds under a Community Impact Fund, and as of the end of 2022, this fund accumulated 65,000 DKK. The league coordination has now identified a 6-acre piece of land costing 120,000 DKK, and Civil Connections has decided to start buying this land. Our projects indicate that we will have gathered another 60,000 DKK by mid-2023 to cover this purchase.

The plan with the piece of land of that the 12 teams will each be offered ½ an acre to start an agricultural project and hold on to this over the next 3 years. Across this time, they will be officered capacitation and training, support, inputs where possible, and mentoring, to ensure that their projects succeed and that they generate sustainable resources for their clubs. The capacitation and coordination will also span other areas of both organizational and individual development.

We have across the past three seasons tested and identified that going into networks, as well as the teams being into networks with each other brings huge benefits. We want to consolidate this by intentionally increasing networking, joint activities, learning, training, etc.

Although we have been careful opening the league to external networks, we will in 2023 and beyond look into and test out sustainable partnerships from both wider Uganda and abroad, to see how these can contribute to the sustainable growth of the league. In 2023, we will start intentioned scouting of clubs in Denmark where Civil Connections is headquartered, as well as trainers and other technical people that can be supportive of the league.

Finally, knowing that Civil Connections’ main funder is CISU and that CISU’s strategic support lies within the field of the league, we will 2023 delve into a CISU-funded grant to support some of the components that increase the league’s sustainability and achievements. 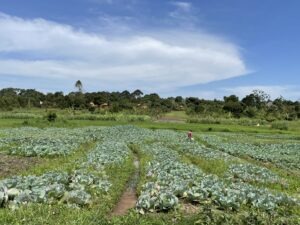 Agriculture remains Mayuge’s main economic activity, and some clubs are already running income-generating farming. Here are some of the gardens we visited – in December 2022

First of all, we are looking forward to a great 2023 season.

When we started football, and later-on sports activities in Mayuge in the 2008 – 2009 season, we were positively energized by the energies and dedication we saw rise up from day to day and the amount of support the community gave to us. Christian Berthelsen – the Danish volunteer that championed the first tournament and later leagues can indeed attest to the energies these 12 – 20-year-old young people exhibited, as they ran kilometer after kilometer in training sessions, fought tooth and nail to win their matches, and yet remained friends and community champions for development locally.

Across the 2 – 3 years that followed, we saw over 10,000 young people and community members engage with the league. We started agriculture and livelihood activities within the league and surrounding communities. Groups started thinking about sustainability – some went into crafts making, some young people wanted to be musicians and we encouraged them the try. One good one was with his stage name SHY clearly destined. Years later, he had a hit or two on the radio and our gratitude to him was for sure high. Many years later, as we recounted at our meeting on the 11th of January 2023, league cadres include headmasters, political leaders, national and regional referees, managers and trainers in big clubs, businesspeople, and semi-professional players across many bogger teams. The league has been a real boost to our local community.

The resumption of the league some years after slumber (2020), and its test over the past 3 years gives us a platform for – this time to grow it in a more sustainable way and change the Mayuge terrain of sports as well as local social economics for the better of the people here. The start has been great, the results humbling, our feeling privileged, and our enthusiasm high. It is now anyone would want to join this journey – later will be too late.