Home » An unrepeatable time in Denmark: Owen Savage on his experience of Brexit and Danish integration

An unrepeatable time in Denmark: Owen Savage on his experience of Brexit and Danish integration 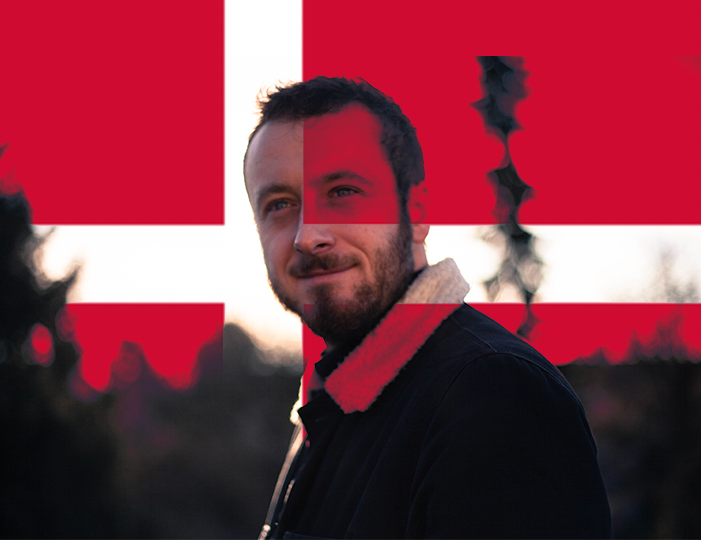 As the Head of Communications at Civil Connections, I have listened to all of the episodes of Coming to the Nordics (a podcast that tells stories of migrants’ journeys and integration in Nordic countries) and I’ve had the chance to reflect on the project and its significance. I used to work at the Refugee Council in Britain and from 2018-2020 I studied a master’s in Migration at the University of Copenhagen.

I found that Coming to the Nordics revealed the diversity of migrants’ stories, even those coming from and going to the same place. This often depends on the resources they have open to them in their home countries and the circumstances of their journeys and where they end up.

Often, we fail to understand the personal nature of migrants’ stories and they become an abstract group we hear about on the news, but we often sympathise with people when their stories are personalised and we hear the details of what they’ve actually been through. Suddenly, they cease to be just a migrant, and become an individual, just like us. For me, the best thing about the podcast is this personalisation—it gives people the chance to empathise and achieve a more humane perspective.

In Denmark, there’s a lot of pressure to integrate. Migrants are subject to integration contracts, depending on the degree to which one is a migrant of privilege. Despite my increasingly unenviable international status, as a migrant from Britain I have not been subject to many demands in terms of integration but for others, there is great pressure to show willing to learn Danish and speedily find a way into the labour market. It’s also a difficult country to integrate into—it is proven that it’s hard to learn Danish and it’s difficult to be casual, funny and interesting in a language that’s such an uphill struggle.

Much emphasis is placed on migrants learning Danish in order to integrate, but the fact remains that almost all (especially young) Danes are fluent in English. It is often the case that a migrant will have knowledge of English prior to their arrival and therefore, it may not be the case that learning Danish straight away is the best path to integration. It might be that in the short term, such demands should be reduced. Newcomers in general do seem to be keen on learning Danish, but to expect them to do this at the expense of becoming comfortable in society via their English skills is debatably unreasonable.

Unfortunately, things are going in the opposite direction. The desire to reduce the amount of international higher education programmes taught in English stems from a fear of Danish language and culture disappearing, but this point of view is fundamentally negative and driven by what I see as an unrealistic fear. This is especially the case for those who want to have a more diverse Denmark open to new ideas and a solution to what is undeniably an ageing society in need of migrant labour.

Sometimes, Danes don’t realise that you can live in Copenhagen and not really engage with Danish, and sometimes not even Danish people! You can live in a mixed migrant community without engaging in Danishness. While Copenhagen markets itself as being international, the Danish state puts a lot of emphasis on becoming culturally Danish. But this itself is an assumption of what’s best.

Again, it is a matter of privilege. If you are working for a massive company like Maersk and you’re a relatively privileged white person from Germany for example, the pressure to learn Danish will be minimal, but if you’re a refugee with no financial backing from home and unrecognised qualifications, you will enter into an integration contract with the requirement of engaging in language learning and the labour market, often through internships at supermarkets and similarly questionable employment schemes.

I’ve been able to navigate my time in Copenhagen while studying and after graduation partly because of different aspects of Danish welfare and, since finishing my master’s, I’ve been able to work for small organisations and learnt a lot of new skills. It takes graduates—even Danish ones—a long time to get a full-time job after graduation; without the Danish welfare system, I would have been forced straight into the service industry upon graduating, but people being shoved into employment immediately is not necessarily the best outcome for society. Instead, finding a way into a more appropriate job will likely end up with me paying more tax and contributing to society in a way that makes sense in my specific case.

Due to Brexit and the upping of tuition fees in the UK, my experiences of higher education, both in Denmark and Britain, would likely not be repeatable if I were to try it now. My Erasmus year abroad in Denmark in 2014 and my master’s at the University of Copenhagen would no longer be possible as, since Brexit, I would have to pay a large amount of money for a master’s as a British citizen and I’d undoubtedly need to be a more financially privileged person to do so.

Sometimes, it’s hard to see the large-scale shifts happening around you. The conservatism and fear of diversity and change present in countries like Denmark and Britain is something usually apparent in politics and voting behaviour, but while the fact that I could not repeat the steps that brought me to Denmark shows the closing of doors behind me, the unequal demands of the Danish integration system demonstrate a lack of trust in migrant populations. For those drawn to diversity, the freedom of experience and learning unjudgementally about others’ cultures, this indicates an increasingly grey world where privilege is the ticket to experience.

I believe that if you treat people well and express trust in them, they will show a willingness to engage in your society. People want to integrate, but there is no evidence that punishment and obligation is the path to successful integration.