Home » Our new project with the Academy of Peace and Development promotes youth participation in Georgia!

Our new project with the Academy of Peace and Development promotes youth participation in Georgia! 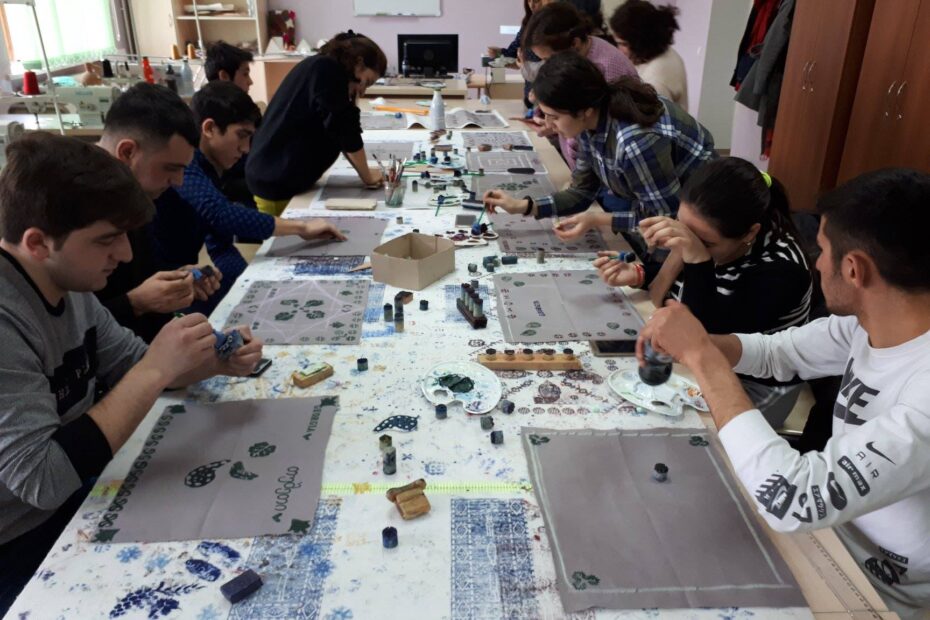 In late October 2021, we kicked off Facilitating Youth Policy Development, a civil society project run in Georgia by the Academy of Peace and Development APD, coordinated by Civil Connections in Denmark and funded by CISU—the civil society branch of DANIDA. The project has three central objectives:

Youth participation in Georgia is difficult in general—there is still the soviet heritage where people were forced to not participate, and youth is not considered as an equal part of society (they are somewhat belittled). The civil society sector is trying to change the way this situation is perceived, while the state does not provide such initiative. This issue of youth participation is huge, and the difficulty of dealing with public bodies is great, as opposed to persuading NGOs that young people must be involved in decision making.

The Georgian democratic environment lacks an understanding of youth work and the correct tools and tactics to use. Some young people are lucky to have active NGOs in their local communities, but apart from some small attempts from youth workers, there lacks a larger, more systematic effort; there is a serious need for creativity and activity for youth to be engaged in development.

In Georgia, the two partisan sides of the political spectrum are extremely divided, and they rely heavily on mayors for political decisions to be made. At the time of writing, they were waiting on the decision of their mayoral elections and there is a need to train public bodies more in relation to youth participation, mayors who themselves are reliant on their parties.

Young people in rural Georgia have never been told about their right to participate, their ability to go to the local government and discuss and engage. Among public bodies, if you talk to officials, they say they don’t close the door to youth, but this isn’t enough. There is a need for true participation, and a discussion of what participation (rather than attendance) actually means.

The project takes place in Georgia, where it is the local partners who know the context and are experts on the political environment and the conditions of youth engagement; the grassroots level sets the tone for what we should do in our civil society projects. In our project kick-off meeting, Daily Leader of Civil Connections Andrew Bende reflected on the experts of local context.

“Growing up in Uganda, I never knew we were poor until I was told on an international level, until I studied. We had mangoes and jackfruits and we grew what we needed. When I see how stressed people are in Western countries, I think that perhaps we need to start rethinking the notion of what poor means. Maybe we can divide our understandings of poverty onto a social level, an economic level”.

Maka from APD reflected on a visit to a school in Denmark some years ago, where young people expressed their dissatisfaction at pension funds holding shares in oil companies. Instead, they wanted them to fund green projects, so next week the young Danes had organised a meeting and invited the heads of pension funds, partners and ministers. Maka marvelled at how they were genuinely hopeful that they would actually succeed. “We want young people with that level of engagement”, she said.

APD have implemented this kind of civil society project in four municipalities, each time reflecting on challenges and good practice. They have strived to learn what works and what does not. Facilitating Youth Policy Development will be another crucial step in APD and Civil Connections’ journey, their quest to improve youth participation in the democratic process.